20 crazy travel mishaps and tips for avoiding them

Travel is so great in hindsight isn’t it? I’m always happy to leave home, but then the sight of my bed after getting back is usually nothing short of blissful.

Of course, the degree of post-travel happiness depends on how the trip went. If you want to shake off any travel mishaps you might have encountered over the holidays (or in life generally) just Google ‘Travel Horror Stories’ and you’ll feel better immediately. There’s always someone who’s done it harder.

Travel has really evolved since I embarked on my world trips some 20 years ago and there are some amazing solutions for making the experience more pain-free.

Here are 20 crazy travel stories from my younger travelling days, all wrapped up for your reading pleasure. Enjoy!

Why tickets can be cheap

I bought the ‘cheap’ world trip ticket where there was a blizzard in every city I visited. All my travel photos looked like this. Still the ticket only cost me $500 out of Japan – so I was over the moon. Next time, make sure to check the weather forecast first before booking!

When your timing is just plain wrong

The beaches were closed for my entire time in Hawaii due to waves that were big enough to kill you.

When the weather steals your show

I visited Canada in minus 35 degrees, which caused all my guitar strings to break all at once as I left the airport. So sad.

Because tears remove fears (not)

I cried on a plane because the pilot loved turbulence so much he decided he didn’t want to lift the plane into a better spot in the sky. I was the girl in the toilet being told to return to her seat. When Single White Female is a man

I shared a teacher’s house with an American psychopath in Japan who faked his own suicide one summer. Needless to say he had aspirations to be ‘an actor,’ which we (his flatmates) were ultimately not impressed with. When you wish they’d actually flown you to Mexico

I flew six times over the Rockies from Vancouver to Calgary because they filled the plane up with enough fuel to travel to Mexico. They needed to burn fuel off before landing. The Rockies were a grand view, but by the 5th flight over those majestic mountains, my good memories of the Rockies and I were done.

When there’s a silver lining

I experienced a seating error on a flight to Korea because of a cello convention. There were cellos in every seat and it seemed they were more valuable than humans. After I complained I ended up in first class sitting next to a cello and the conductor. I was offered the Cello’s food and wine, which was awesome. The silver lining was that he invited me along for the concert, so that was not so horrible after all.

Because people get bored on long haul flights

On my way back from Japan I was woken up in the middle of the night by a flight attendant, and asked if I would like to join the ‘Mile High Club.’ I politely declined the offer. When money is not an option

As students, my friends and I ran out of money on the border of Spain. After that we starved for three days while travelling through Germany to Denmark. Those Bratwurst hotdogs sure smelt good at those train stations. Let’s not forget there are pay toilets in Europe so you can just imagine the predicament we found ourselves in.

Note: A student called Peter, who offered up his bag of lollies and bottle of water, saved us in the end. We will never forget Peter, ever.

I boarded a small plane from Italy to Greece one summer. The pilots arrived hours late and seemed red-faced and well…drunk. They gave us all a wave and proceeded with a rocky flight to our destination. Didn’t you just love the 90’s?

We were being ‘wined and dined’ in Italy and having ‘a whale of a time.’ But after three weeks my young friends and I realised the Mafia had actually kidnapped us – shuffling us from house to house for over three weeks. Don’t worry, nothing bad happened and we escaped by train when we finally started to feel trapped. They seemed like such a nice bunch of people at the time and we did have fun.

Because sky is cheaper than land

I regularly lived in the sky on a world ticket because eating and living on the ground was too expensive. This lifestyle wasn’t so bad because often flight attendants would give me a second meal for free!

When you’ve decided to take your whole house home

I was charged $1800 for excess baggage out of Japan. I talked my way out of paying the money but then secretly carried my ‘small house of stuff’ to the gate (back breaking) where the baggage guy was standing waiting for me! He was not impressed but put me in his ‘too hard basket.’

You won’t get away with such antics in this era. If you don’t want to carry your baggage, you should check out World Baggage and they’ll send your baggage for you at a greatly reduced price. Now that’s a pearler of an idea!

When amusement machines won’t let up

I slept next to a Simpson’s gaming machine for an entire night, which resulted in me hating the Simpson’s forever. I’ll never get that tune out of my head. Here it is for your listening pleasure. Enjoy it, because I won’t.

Because Chicago is freezing

I slept the entire night at the airport in Chicago one Christmas. I was so cold looking for accommodation in the city (after a great ride on Chicago’s Christmas train) my ears nearly snapped off and I gave up battling the fierce city winds. The experience was like a scene out of Everest, except in a city environment. I was thankful a kind security guard also had a ‘too hard basket,’ which he also put me in.

When there’s nowhere to run

I was ‘hit on’ by a bloke sitting next to me on a plane. Can you just imagine this? The plane was full and there was nowhere to run or hide. Awkward. 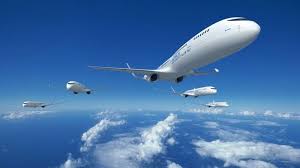 My friends challenged me to jump onto a rope (the bottom notch of which I missed) across a river in New Zealand. After smashing my legs over and over against rocks, I emerged from the water sore and grazed, only to be chased by a wild boar into the wilderness. Traumatic.

I rented a house out of Kalgoorlie without looking inside it and nearly fainted at the site of the large roach population that had moved in before us. Apparently tradies had left all the windows open for the night. The real estate agent and my hubby had to fan me to bring the colour back to my face.

(I can’t even put a picture in of these things. But here’s a link if you want to see one.)

Because planning ahead is important

I travelled across the Nullarbor in February in a van with no air-conditioning. This is a definite no-no. Note: If this happens to you, spray bottles work a treat, even if the water feels at boiling point. Better yet, avoid finding yourself in the similar situation by booking transportation ahead of time, and make sure the van you get is air-conditioned!

Well, I hope you have enjoyed my 20 crazy travel stories. Good luck on your next travel adventure and be sure to heed the advice from those who’ve gone before you.

5 things you need to know about the outback now

Setting up a self-managed superannuation fund

Setting up a self-managed superannuation fund