This is a list of the radio inteviews I conducted when my book relaunched in 2009.

It's nice to get my name up in lights in the best money saving blogs category. I'd like to thank creditcard.com.au for their fabulous...

Herald Sun | How to save with a Christmas food budget

Lifestyle Home | How to save money on Christmas gifts

Savings Room in the News 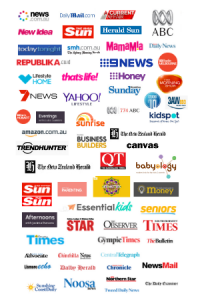 Money Hacks – What to Consider When Choosing a Mobile Phone Plan

Are you sure want to cancel subscription?